The Syro-Malabar Synod has claimed that Christian girls in Kerala are being killed in the name of "love jihad".

Syro Malabar Synod said that girls belonging to the Christian community are being murdered over love jihad nowadays in Kerala, Matrubhoomi reported.

"It is a matter of concern that 'love Jihad' is increasing in Kerala causing danger to the secular harmony and societal peace in Kerala," the Syro-Malabar Media Commission report claimed. 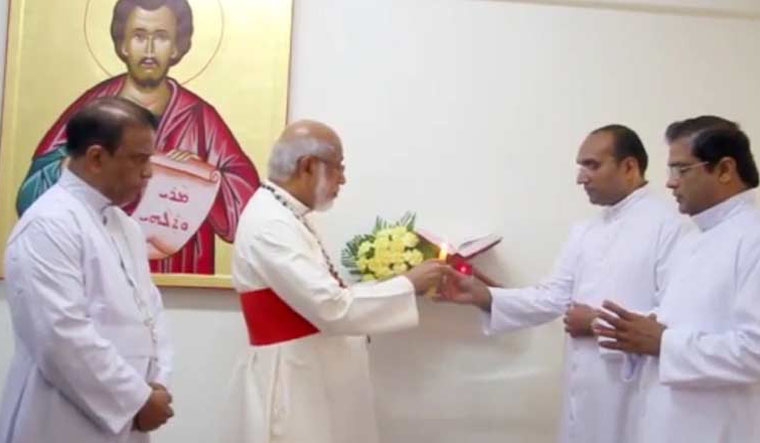 The Syro Malabar Synod also observed that statistics show that 'love jihad' is "not imaginary". There have been recent complaints in Kerala that women are "sexually abused in the name of love" and later they are forced to convert.

The Synod claimed that there was a 'love jihad' focussed on Christian girls, stating that over half of the 21 women who joined Islamic State are from the Christian community.

"Recently, the lives of girls lost entrapped in love have deeply wounded the secular conscience of the state. The growth of Love Jihad endangers the communal harmony and peace in Kerala. It is a fact that Christian girls are being targeted by the Love Jihad in the state," mentioned Synod in the release.

This is not the first time that the church has levelled the allegations of love jihad. In September 2019, Fr Antony Thalachelloor, secretary of Syro-Malabar Media Commission, in a press release, had claimed, according to The New Indian Express, "It is a cause of great worry that Christian girls are the most targeted lot. The CBI, the NIA and the IB have all reported that such cases are occurring in the state and the country. It is saddening and worrying that despite the existence of a mechanism to counter efforts by religious terrorist groups to entrap gullible girls, these are not being tackled efficiently".

On September 26, George Kurian, vice chairman of the National Commission for Minorities (NCM), wrote a letter to Home Minister Amit Shah, asking for a probe into cases of 'love jihad' or forced conversion of women by Islamic radicals.

Kurian quoted a report by the Kerala Catholic Bishops Conference's (KCBC) Commission for Social Harmony and Vigilance, which claimed that there were 4,000 instances of "love jihad" between 2005 and 2012. "Love jihad is on, and it has been continuing in the state for a while. Here, the conversion is not into Islam, but into terrorism."