Thousands of Muslim worshipers riot on Temple Mount in Jerusalem 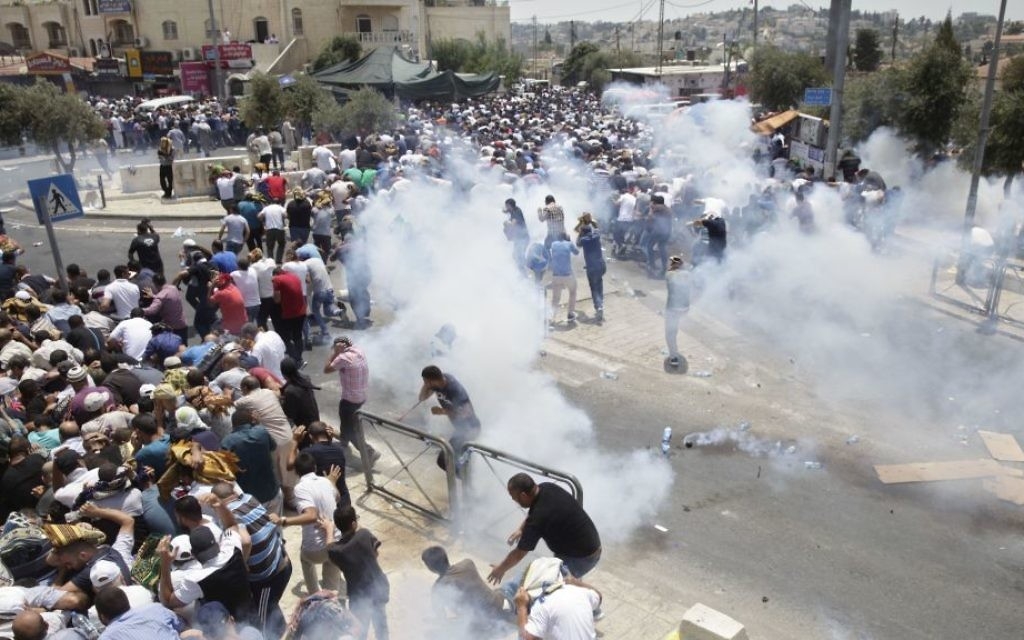 In action against the riot, the District Commander of the police ordered the police to disperse the Muslims immediately before it gets violent.

Talking to media, the Israel Police said, "The Israeli police will not allow violations of public order in the Temple Mount area, and will work to prevent any riots or calls of a nationalistic background."

The riot by a Muslim mob on Temple Mount is not new. On 2 June 2019, Muslim rioters threw stones, shoes, and chairs at the police stationed on the Mount. On 11 August 2019, Thousands of Muslim worshipers rioted on the same site in an attempt to prevent Jews from visiting the holy site on the anniversary of the destruction of the first and second Holy Temple. In July 2017, two Druze Arab police officers were murdered and a third injured by Muslims worshipers on the Temple Mount.

The Temple Mount has historical and religious significance for both Judaism and Islam. The Temple Mount is the holiest site in Judaism, which regards it as the place where God's divine presence is manifested more than in any other place and is the place Jews turn towards during prayer. Among Sunni Muslims, the Mount is widely considered the third holiest site in Islam and revered as the Noble Sanctuary, the location of Muhammad's (Prophet of Islam) journey to Jerusalem and ascent to heaven.

Because of dual claims of both Judaism and Islam, it is one of the most contested religious sites in the world.

Since the Crusades, a religious war supported and directed by the Catholic Church between the 11th and the 17th century, the Muslim community of Jerusalem has managed the site as a Waqf. The Temple Mount is within the Old City, which has been controlled by Israel since 1967. After the Six-Day War also called as 1967 Arab-Israel war, Israel handed over the administration of the site back to the Waqf under Jordanian custodianship, while maintaining Israeli security control. It remains a major focal point of conflict between Judaism and Islam.