A minor Hindu girl Kidnapped by the married Muslim man in Pakistan. 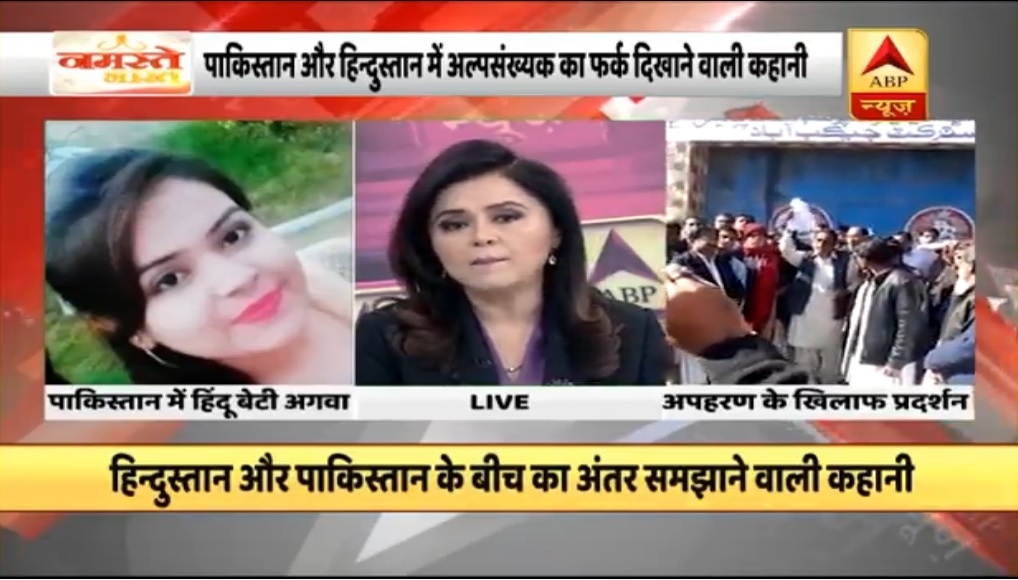 According to a media report, the Muslim man, named Ali Raza, who kidnapped Hindu girl is a father of four children.

The parents and relatives of Hindu minor girl are protesting against the Pakistan Government for inaction.

The victim's father, Vijay Kumar, told media that the girl is kidnapped in the morning. After filing the FIR, the Deputy Superintendent of Police (DSP) replied that they need two-three days to search the girl.

On 16 Sept 2019, a Hindu girl Nimrita, a final-year student of Bibi Asifa Dental College in Sindh province, found dead in her hostel room. Her final post-mortem report was revealed that the girl was sexually abused before being murdered, the News International reported.

On 2 Sept 2019, a Hindu girl was abducted and forced to marry a Muslim man in Pakistan's Sindh Province. Media reports told that the girl was forcibly converted to Islam. She was abducted by one of her classmate Babar Aman, along with Mirza Dilawar Baig who is a member of Pakistan Tehreek-e-Insaf (PTI).

The Hindu persecution cases in Pakistan by Muslims like a forced religious conversion, sexual abuse, abduction, rape has been carried out since partition of India. Hindus were 12.9 % in Pakistan at 1947. Now, The Hindu population percentage declined to 2% in Pakistan. Some Pakistani Hindus had forcibly converted to Islam, and some migrated to India and other countries. Most Hindus are living in Sindh province. There have been periodic media reports of their persecutions.